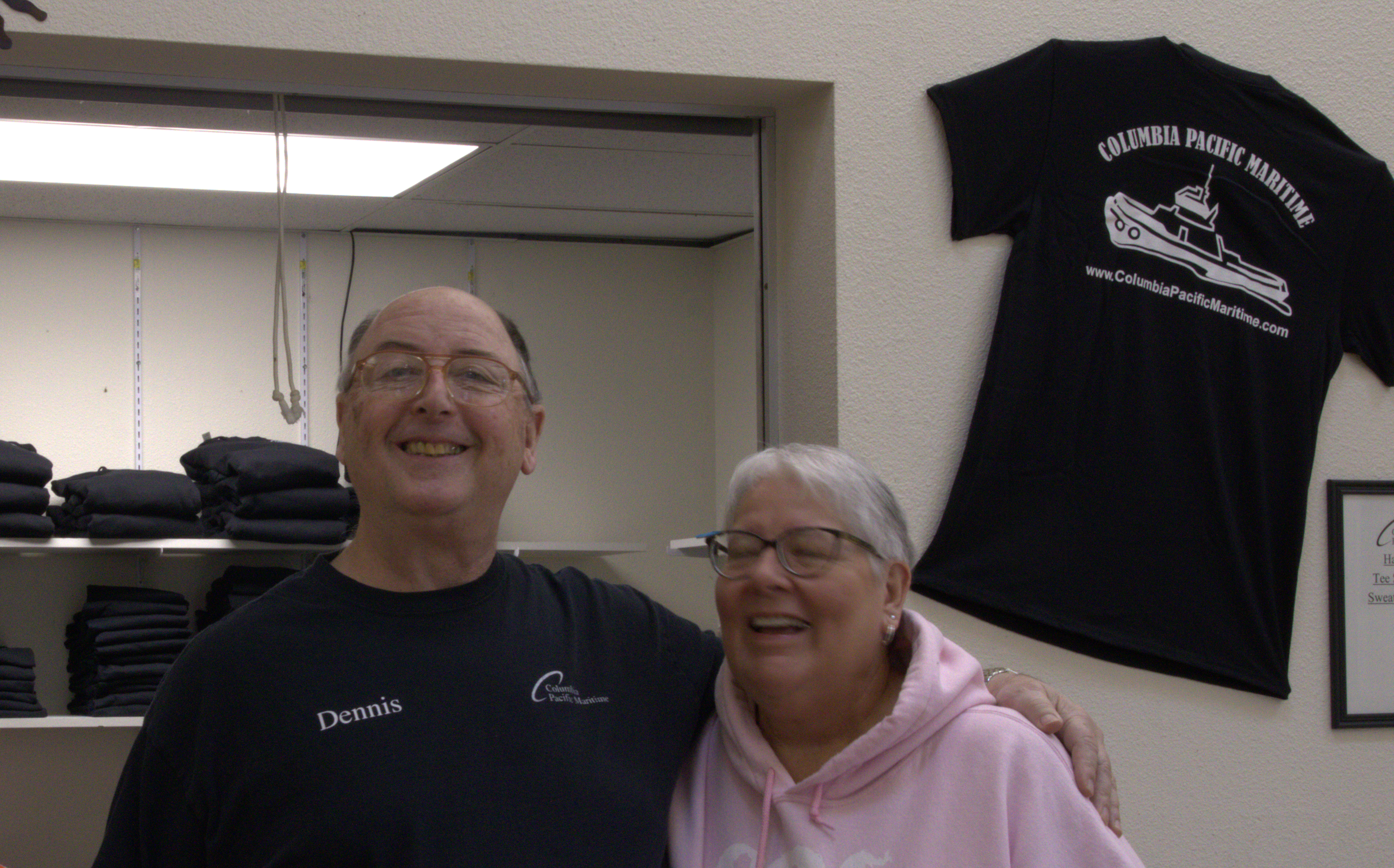 Our maritime roots date back to a tugboat captain (Pat’s dad) who operated on the Coos and Umpqua Rivers between 1945 and 1976. And a commercial fisherman (Dennis’s dad) who fished off California, Oregon, and Washington between 1963 and 1984. Pat and I have been married since December 1973. In short, our lives have aways centered around the maritime industry. That said, Columbia Pacific (ColPac) Maritime is the focal point of our life together. The school represents the sum of our life’s experiences, in fact it is the very reason for our existence. In short, the answer to the question we have been asked lately, “when do we plan to retire?” is not in the foreseeable future.

The following is the short story of how Pat and I got to where we are today.

I started commercial fishing with my dad at a very young age. By the age of 16 I was running the deck of his 40-foot salmon, tuna, and crab boat. Meanwhile, I was not interested in school. But my dad insisted that I graduate. So, to keep me in school he promised to buy me a boat when I graduated. As a result, in 1972 we went to Texas and purchased a 55-foot steel double-rigged shrimper. And that was my start in the west coast trawl fishery.

And then in 1973 I married my sole-mate, Patty. From that point on we have been a team. In the beginning I fished while she ran the household and took care of everything else. Believe me, I had the better part of the deal.

I owned and operated west-coast trawlers for 20-years. I mostly shrimp fished until 1980, when I built the “Patty AJ”. She was the first midwater trawler home ported in Coos Bay. For the next decade I fished from San Fransisco to the Canadian border. Including several years joint-venture fishing for hake (Pacific Whiting). With the start of the next decade came new regs that limited the number of boats and how much they could catch. By 1992 I had lost interest in trawl fishing and started looking for my next career.

Southwestern Oregon Community College (SWOCC) gave me my start in education. For the next 14-years I worked as a maritime instructor. Two-years parttime between SWOCC and Clatsop Community College (CCC). And then 12-years as a full-time instructor at CCC. During these years I taught many classes on the CCC training vessel, the “Forerunner”. As well as teaching radar, licensing, and sea survival classes in the classroom.

During these years I also worked parttime for several maritime employers. Because of this experience I was able to get the Master 500-ton Oceans, Mate 1600-ton that qualifies me to teach all the classes I do today.

I did not know it at the time, but these were my apprentice years. That is to say, I was gaining experience on different vessels while learning how to teach, write classes, and run the school I now have. In short, everything I was doing at that time was preparing me for what I am doing right now.

In 2006 I retired from the community college system and started Columbia Pacific (ColPac) Maritime. The school was intended to be a parttime job to support an early retirement. But it became a much bigger success than I ever expected. By 2016 we had outgrown the basement. And in 2020 my life had come full circle when we relocated to SWOCC in Coos Bay. Right back to where it all started nearly half a century earlier.

In conclusion, I am exactly where I should be in my life. Doing what I enjoy most, with people I care greatly about, in the place I am most comfortable. Why should I ever retire?