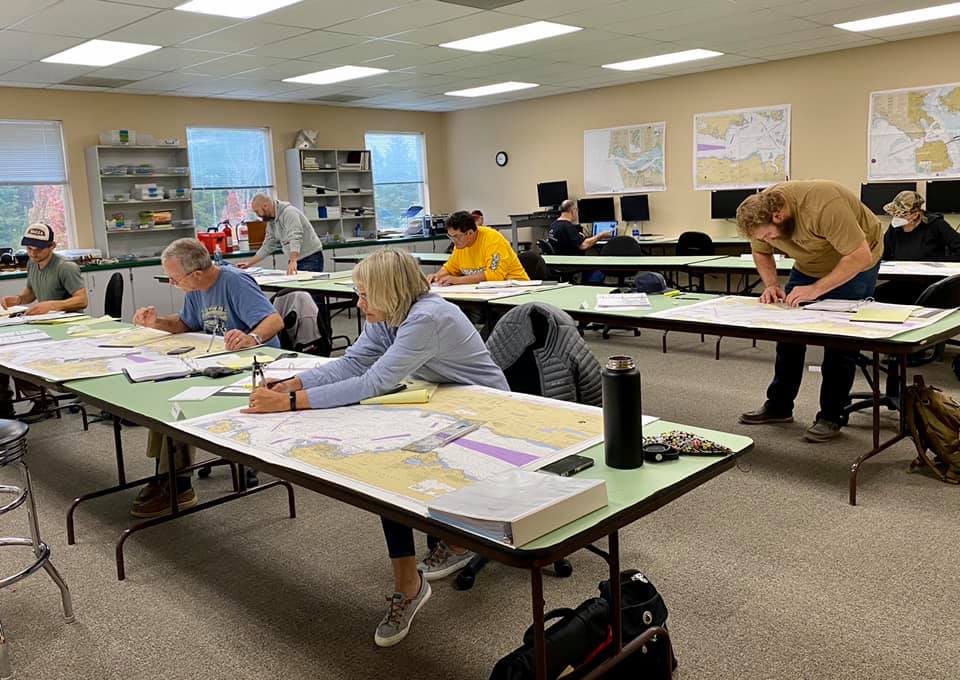 OUPV 6-pack Captain Class. This class is 8-days and $1,000. Secondly, the class is for either the OUPV Inland, or OUPV Near Coastal. Lastly, it is scheduled Monday thru Monday at least once a month. In short, call 503-841-6066 for more info, or view the school calendar >>

The OUPV 6-pack captain can carry 6 or fewer passengers, not counting the crew or operator. Secondly, they can operate on both inland and ocean waters, depending on the route issued with the license. Consequently, the OUPV is the most common license for fishing guides, and tour boat operators.

Sea service, or sea-time, is a measure of your experience on the water. It is counted in days over your lifetime starting at age 16. More about counting and documenting your sea-time >>

More about the Master license >>

Which is best for you: OUPV or Master >>

How to get an OUPV license >>